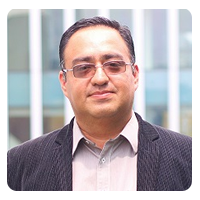 His topics of interest include Social Network Analysis, Process Mining and Intelligent Agent Theory, applied to Research Analytics and Learning Analytics. He is the author of more than 30 scientific publications in journals and conferences, has been a consultant in banking and IT companies, and is a promoter of the adoption of Semantic Web technologies in academia, government and industry.