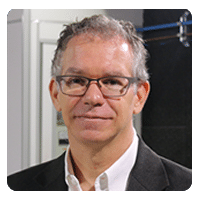 Marcelo Knobel, 46 years old, is a Full Professor at the Instituto de Física “Gleb Wataghin” (Gleb Wataghin Physics Institute) at the University of Campinas (Universidade Estadual de Campinas – Unicamp), Brazil. He is an Eisenhower Fellow (Multi-Nation Program 2007), a Guggenheim Fellow (2009), and Commander of the Order of Scientific Merit (Brazil). He is a member of the Comissão Nacional de Avaliação da Educação Superior (National Assessment of Higher Education Comission, CONAES). He is a member of the board of directors of Cultural Vistas.

He has a Ph.D. in Physics from Unicamp, and post-doctorate stages at “Istituto Elettrotecnico Nazionale Galileo Ferraris”, Turin, Italy, and “Instituto de Magnetismo Aplicado”, Madrid, Spain. From 1999 to 2009 he leaded the Laboratório de Materiais e Baixas Temperaturas (Materials and Low Temperatures Laboratory), and from 2002 to 2006 he coordinated the Núcleo de Desenvolvimento da Criatividade (Creativity Development Center, Nudecri). From 2006 to 2008 he was the Executive Director of the Exploratory Science Museum, also at Unicamp. From 2009 to 2013 he was the Vice-President for Undergraduate Programs of the University.

Knobel has published more than 240 articles in refereed journals, mainly in the field of magnetism and magnetic materials. He has presented more than 80 invited seminars in several institutions, and more than 50 invited lectures at international conferences. In addition, Knobel has been enthusiastically promoting the popularization of science and technology, and he has been involved in discussions about higher education in Brazil and the world.