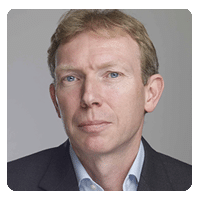 Victor van der Chijs (1960) studied Law in Amsterdam and completed postgraduate education at the Amsterdam School of International Relations and INSEAD. Van der Chijs worked at ING, lastly as Vice President Structured and Project Finance in Hong Kong. In 1998 he started at Schiphol Group, first as Director of Public Affairs, while in later years he became responsible for Schiphol’s activities in the USA. In 2003 he took on responsibility for all of Schiphol’s international activities. A year later he was asked by Rem Koolhaas to take on the management of OMA, wherein recent years Van der Chijs was able to manage the structure, processes and culture of OMA in such a way that he allowed room for the professionalism of the architects, resulting in a newly focused organisation. This development has contributed to OMA’s leading position as a world-class, creative enterprise. From October 2013 Van der Chijs has been the president of the University of Twente.